Macros, like the goto statement, have become somewhat frowned upon nowadays, but (IMO) I think that’s a little excessive. Macros, used judiciously, can be beneficial.

For example, you may want code to execute in debug but not release, you can define the symbol accordingly and avoid hundreds of #ifdef’s throughout your codebase. Arguably, you could achieve the same effect in other ways, but not as simply.

Recently, I was going through some of my old code and found a (pre-modern C++) client  ORM  I had written which leveraged macros as a DSL. You essentially use the macros to declare your entities, classes and queries in a header file and the compiler generates the appropriate code. It’s pretty basic, and doesn’t support aggregation, but was sufficient for our needs at the time. 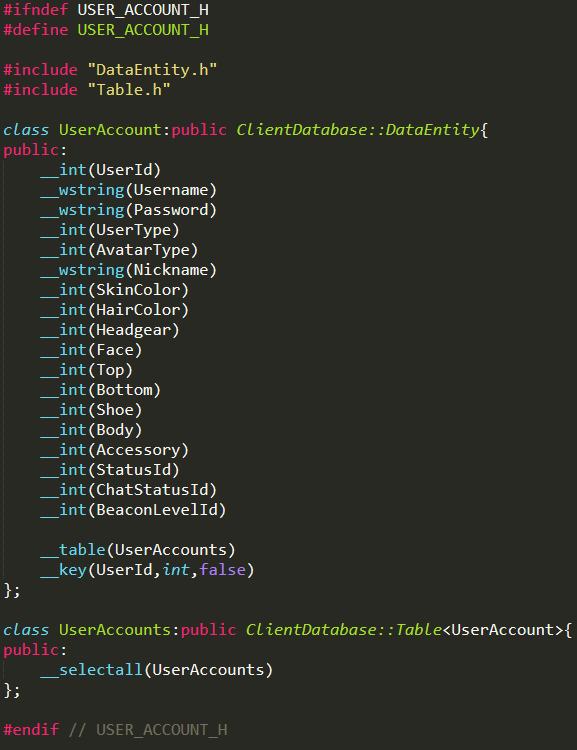 That’s it, you just declare it and use it like so:

The table comes with basic CRUD functions, but here’s an example of extending it via macros:

And an example using the generated functions: 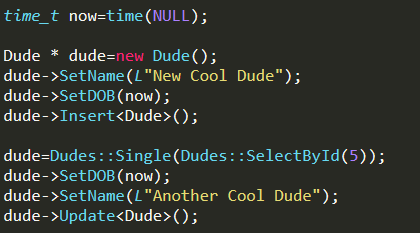 Now for the macro magic which generates the code behind the scenes:
(note this is all on one line, formatted here for readability)

The function the above macro depends upon to do it’s work:

In general, the advice to avoid macros is wise, there are known pitfalls. But in specific cases they can be put to good use when applied carefully and sparingly.